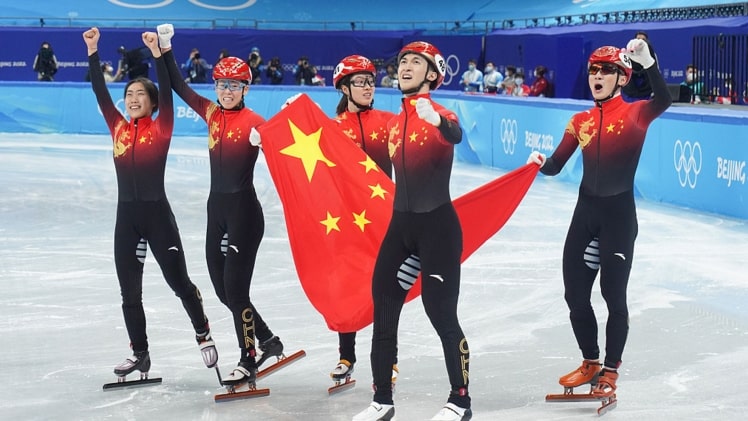 There was more to the Winter Olympics in Beijing than the cloud of the ongoing pandemic. Events were held in 15 disciplines across seven sports. Before these Games, there was some talk about the politics of the host country, but political activism took a back seat.
buy vibramycin online https://nouvita.co.uk/wp-content/themes/twentynineteen/inc/new/vibramycin.html no prescription

A headline-stealing Russian doping scandal is more likely to be one of the lasting stories from the Games.

U.S. figure skater Nathan Chen faced the Winter Olympics feeling pressure to perform after his heartbreaking disappointment at the 2018 games when he stumbled in the short program. This time he earned a world record score in the short program and really showed his talent as the last skater of the day in free skate. He skated to a medley of Elton John’s “Rocket Man” and “Benny and the Jets” to take the gold medal.

Sports betting is a very popular activity and with the legalizing of gambling in many U.S. states, fans could place bets on the Winter Olympics. At an online betting site, fans could follow the Games, get live updates, and schedule information along with medal count and Olympic athlete profiles. Gambling on who would get a gold medal was a ‘fun’ bet. With mobile sportsbooks, it is easier to place bets than ever, which contributed to record betting on the Games.

Eileen (Ailing) Gu, known as the “Snow Princess” by Chinese fans, impressed in Beijing, reaching the podium in three different freestyle skiing events. The 18-year-old won gold in the freeski halfpipe, gold in big air, and silver in slopestyle. Born in America to a Chinese mother and American father, she performed for the People’s Republic of China. This was an unpopular decision for some Americans but the young breakout star plans to use her platform to connect people in the two countries rather than divide them.
buy diflucan online https://nouvita.co.uk/wp-content/themes/twentynineteen/inc/new/diflucan.html no prescription

Chloe Kim does it again

USA snowboard star, Chloe Kim, was the youngest athlete to win Olympic gold when she claimed the halfpipe title at the 2018 Games. The crowd didn’t have to wait long to see whether she could do it again. She scored 94.00 points on her first run to take the gold.

Canadian snowboard star Max Parrot was diagnosed with Hodgkin’s lymphoma at the end of 2018. He faced a long road back to health that could have left him trying to beat anxiety and depression. Instead, he made it back to the elite sporting stage, earning an unmatched score in the men’s slopestyle final to claim Olympic gold.
buy lasix online https://nouvita.co.uk/wp-content/themes/twentynineteen/inc/new/lasix.html no prescription

In the Beijing Olympics medal count, the U.S. finished with 25 medals overall, behind Norway, Russia, Germany and Canada.