Devastating Sports Injuries That You Don’t Come Back From 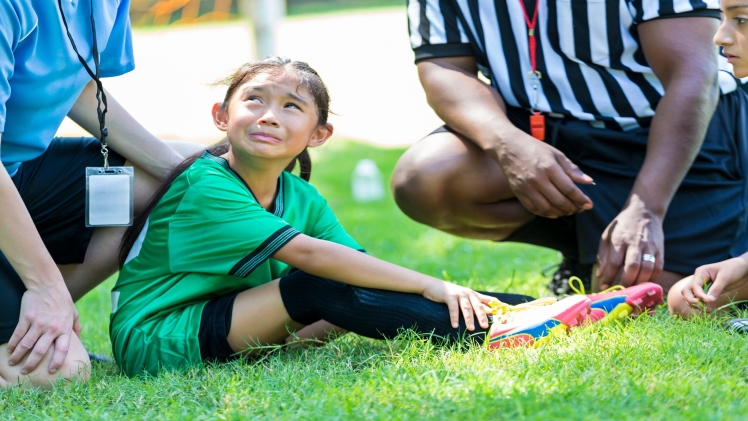 When you’re a professional athlete, you are well aware of the danger of suffering a severe injury that could sideline you for an extended period or even end your career. This is a risk any time you walk  the field.

Athletes put in a lot of effort in the gym to put themselves in a position where they can reduce their chance of injury. All athletes attempt to reduce the risk of injury in some way, whether it’s via stretching, training methods, or diet.

However, regardless of how hard you exercise, an injury may strike at any moment and without notice. If you make a hasty change of direction on the field and get blindsided or fall while running, you could be recouping from injury all season or suffering an injury that is career-ending.

Here’s a few of the most severe injuries an athlete can suffer that could either keep them out of competition for an extended timeframe or forever.

In addition to being one of the most devastating injuries you could sustain in sports, it’s actually fairly common for a player to suffer an ACL injury. An ACL injury can occur in almost all sports, but NFL players are especially susceptible.
buy tadasiva online https://www.ecladent.co.uk/wp-content/themes/twentysixteen/inc/new/tadasiva.html no prescription

The ACL, also known as the anterior cruciate ligament, is a main element that allows for dynamic movement and is responsible for the majority of a leg’s stability. Common causes of ACL tears take place during a sudden change in direction. During basketball or football, the danger is high due to the intensive lateral-motion involved in playing these sports.

When an athlete suffers an ACL tear while playing many say that they hear a “pop” of the ligament. It’s a sound no one wants to hear, as it usually signals the end of your season and as much as a year of rehabilitation.

While players will return after such an injury, most of the time, most do not return in the same form or with the same explosiveness they are known for. There’s always exceptions. NFL legend Adrian Peterson suffered a season-ending ACL and MCL injury that many thought spelled the end of his career. Despite this, Peterson returned 10 months later and had one one of the greatest seasons in NFL history, racking up more than 2,000 rushing yards.

Concussions have gotten a lot of media attention over the years, due to the long term effects the injury has on players long after their careers are over. However, the injury still remains one of the most frequent that athletes suffer. Recovery times for a concussion can vary depending on the severity.
buy light pack online https://www.ecladent.co.uk/wp-content/themes/twentysixteen/inc/new/light-pack.html no prescription

In the past, they were brushed off, but they can impact a player’s health, such as vision loss, issues with memory, troubles with motor functions, and possibly even long-term ailments like CTE.

Due to how much more is known about the dangers of concussions, the MLB and the NFL have implemented new procedures and rules regarding injuries to the head.

Back injuries are severe for anyone, not to mention sports players when they go through it. However, when they suffer a break such as a fractured vertebrae, it can be scary. A broken vertebrae can limit the ability to walk or move and even result in paralysis. While it’s not unheard of for someone to recover and walk away fully recovered, it can end an athlete’s career. NFL player Kevin Everett, who played tight end for the Buffalo Bills, suffered this injury in 2007 and there were doubts he would even be able to walk again. Fortunately, he made a complete recovery.

In any case, a vertebral fracture can be one of the most terrifying injuries an athlete can suffer.
buy cialis oral jelly online https://www.ecladent.co.uk/wp-content/themes/twentysixteen/inc/new/cialis-oral-jelly.html no prescription

An injury is bad for athletes and non-athletes alike. In any injury, one should weigh their options and pinpoint who is responsible. A personal injury attorney nyc can guide an injury case with ease for those based in New York City. However, the laws governing personal injury can vary from state to state.

Will Creative Arts Therapy Help You After a Drug Rehab?