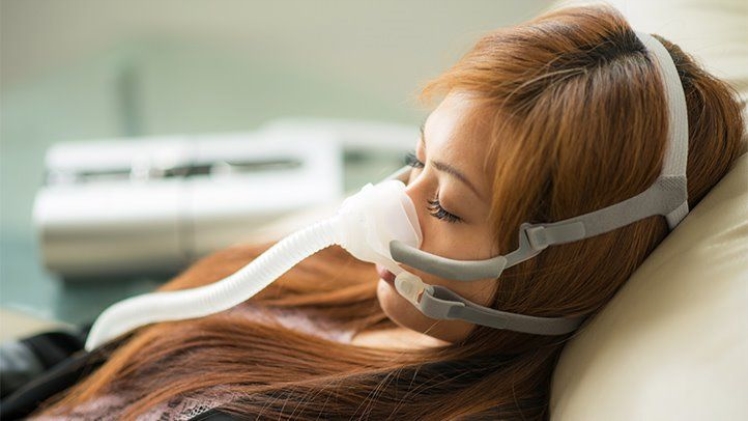 Sleep apnea is one of the most common sleeping disorders. This condition causes the airway to either become blocked or completely collapse while you are sleeping.

This obstruction causes the person suffering from sleep apnea to stop breathing momentarily numerous times throughout the course of the night, wrecking the normal sleep cycle and raising the risk of developing a number of serious health conditions. Here are four signs that you may have sleep apnea.

If you have been told you are an exceptionally noisy sleeper, there is a chance that it may be sleep apnea that is triggering all of the noise. Snoring or gasping while sleeping is a sign that the upper airway may be obstructed.

Snoring that grows louder throughout the night is a telltale sign of sleep apnea. Experts have also determined that snoring that is the loudest while sleeping on the back is more indicative of apnea.

While snoring on its own is certainly not a sleep apnea diagnosis, excessive snoring in combination with some of the most common signs could be a signal that something is amiss. Snoring that is broken up by pauses in breathing is also more indicative of a potential sleep apnea problem. These pauses could actually be sleep apnea episodes that can occur multiple times throughout the night.

What some people mistake for insomnia may actually be sleep apnea. Those with sleep apnea tend to toss and turn throughout the night. It is wise to consult a medical professional if you notice that you often wake up kicking or thrashing about.

Waking up to a completely disheveled bed could be a warning sign that you were not sleeping as soundly as you may have believed. This restlessness happens as a result of a disrupted sleep pattern.

Although you may not realize that the momentary pause in breathing is waking you up, it could indeed be the cause of these frequent bouts of restlessness. A sleep study will provide results that help you to determine a diagnosis.

Fatigue During the Day

One of the most common signs of sleep apnea is feeling fatigued during the day despite thinking that you got plenty of sleep the night before. For instance, you may find yourself nodding off while watching television. You may have also noticed that you are more irritable during the day for no discernible reason.

Another common problem with sleep apnea sufferers is the inability to focus and be productive because the fatigue is too overwhelming. Some people may also get sick more often because their immune system is not functioning properly due to the lack of sleep.

Discomfort Upon Waking Up

There are also a few signs you may notice when waking up if you are dealing with a sleep apnea case. One of the most commonly reported issues is waking up with a dry mouth. The constant gasping for air or sleeping with the mouth open can cause this part of the body to become overly dry and parched.

Another commonly reported symptom is morning headaches. These headaches typically present as a pressing pain that radiates across both sides of the head. Sleep apnea headaches can last for up to four hours, making it difficult to tackle the responsibilities of the day.

Headaches triggered by sleep apnea are not typically accompanied by light sensitivity or nausea. This makes them different from the usual headache. If you suffer from any of these symptoms, you must consult a medical professional to rule out sleep apnea. You do not want to leave the condition untreated.

There are a variety of non-surgical treatments that you can lean on to get your sleep apnea under control. Being proactive about addressing this issue will help you sleep more soundly while preventing the onset of some of the most serious health conditions triggered by this disorder.

All About Gut Supplement; Probiotics

7 Incontinence Products and Their Significance